No one seems to know exactly why, but people often think someone who wears glasses looks more intelligent than someone who doesn’t. Studies also seem to suggest that there is actually a link between wearing glasses and intelligence. (People who need a correction rather than those who wear glasses for style, that is.) So, what are the facts?

A friend recently tweeted “Urgent: I’m meeting my in-laws tomorrow, how should I dress?” I read the replies from her followers, each funnier than the last, until I found this one: “Wear glasses, it will make you seem more serious”. Reading that comment made me want to understand why this cliché is so engrained in our imaginations. Why do we think someone who wears glasses is more serious – intelligent even – than someone who doesn’t? Surely a higher IQ can’t actually be caused by wearing glasses. Anyone can wear glasses without a correction, but it seems unlikely that these will do much for their intelligence, unfortunately. Wondering about how this cliché could still be so pervasive today, I suddenly realized how common it is in movies and TV shows. 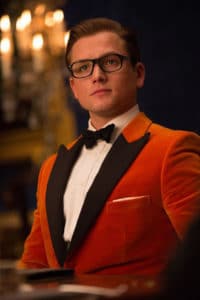 A closer look at pop culture

One Mardi Gras at primary school, I didn’t have any idea what to wear. After much contemplation and self-reflection, I decided to go dressed as… a journalist. To create the chosen look, my mother put together an outfit, more minimal would not be possible: a denim jacket, a shirt, a notebook, a pen and my glasses. In her eyes, and also in mine, glasses were essential for the serious and intelligent image I was going for. And the proof was in the pudding: everyone at school instantly recognized what I was meant to be.

It’s something we see over and over again in movies and on TV. There’s Skeeter, played by Emma Stone in the film The Help who has just finished her journalism degree in New York and demonstrates her new skills by tapping on a laptop… wearing glasses. There’s also the glasses-wearing Velma in Scooby Doo who is by far the most intelligent of the five main characters. Then there’s Elle Woods played by Reese Witherspoon in Legally Blonde who chooses to wear glasses to look more serious when she begins her classes at Harvard. Because you understand, the cliché of a blonde bimbo is already hard to swallow, so wearing glasses makes her instantly more intelligent, or at least that’s what we’re given to understand. It would be hard not to talk about Clark Kent, who, in order not to be rumbled as Superman, wears glasses and works as a (you guessed it) a journalist at the Daily Planet where he eventually becomes editor-in-chief. More recently there was the comedy spy film Kingsman which led us to believe through the Cutler and Gross-wearing hero, Eggsy, played by Taron Egerton, that all good spies should have a pair of glasses in their kit. Let’s leave James Bond’s sunglasses, though, because here we’re concentrating on spectacles. 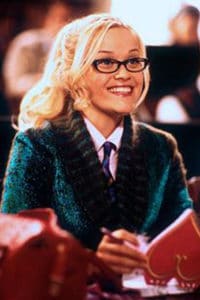 “Your glasses make you more intelligent”

To find some much needed answers on this issue, I typed ‘glasses clichés’ into Google and found an article rounding up the ‘15 secrets that people who wear glasses will never admit’. Amongst this collection of confessions was ‘In an interview, you seem a lot more serious’, ‘When you speak to someone, they listen a lot more closely (because they think they’re dealing with a genius)’, ‘Your glasses make you instantly more intelligent: people believe what you say!’, and even ‘It gives you years of experience (if you don’t have any on your CV)’. Get the idea? Imagine my surprise, and probably now yours, when I learnt that researchers at the University of Edinburgh might have discovered that wearing glasses (with a correction) could have a scientific correlation with cognitive functions like vision, reason, attention and memory in older people. Studying the genome of over 300,000 people (aged between 16 and 102), they found that being short-sighted can have a correlation with being intelligent. In the same study, the probability of having higher cognitive abilities was increased by 30% in people who needed a sight correction. That all said, the findings of this study should be taken with a pinch of salt since intelligence is not really measurable and we’re talking about a correlation rather than a clear link. But ultimately there’s still one question left unanswered: does intelligence cause sight problems because we use our eyes so much reading, for example, or are our sight problems a sign of intelligence? For now, we just don’t know.